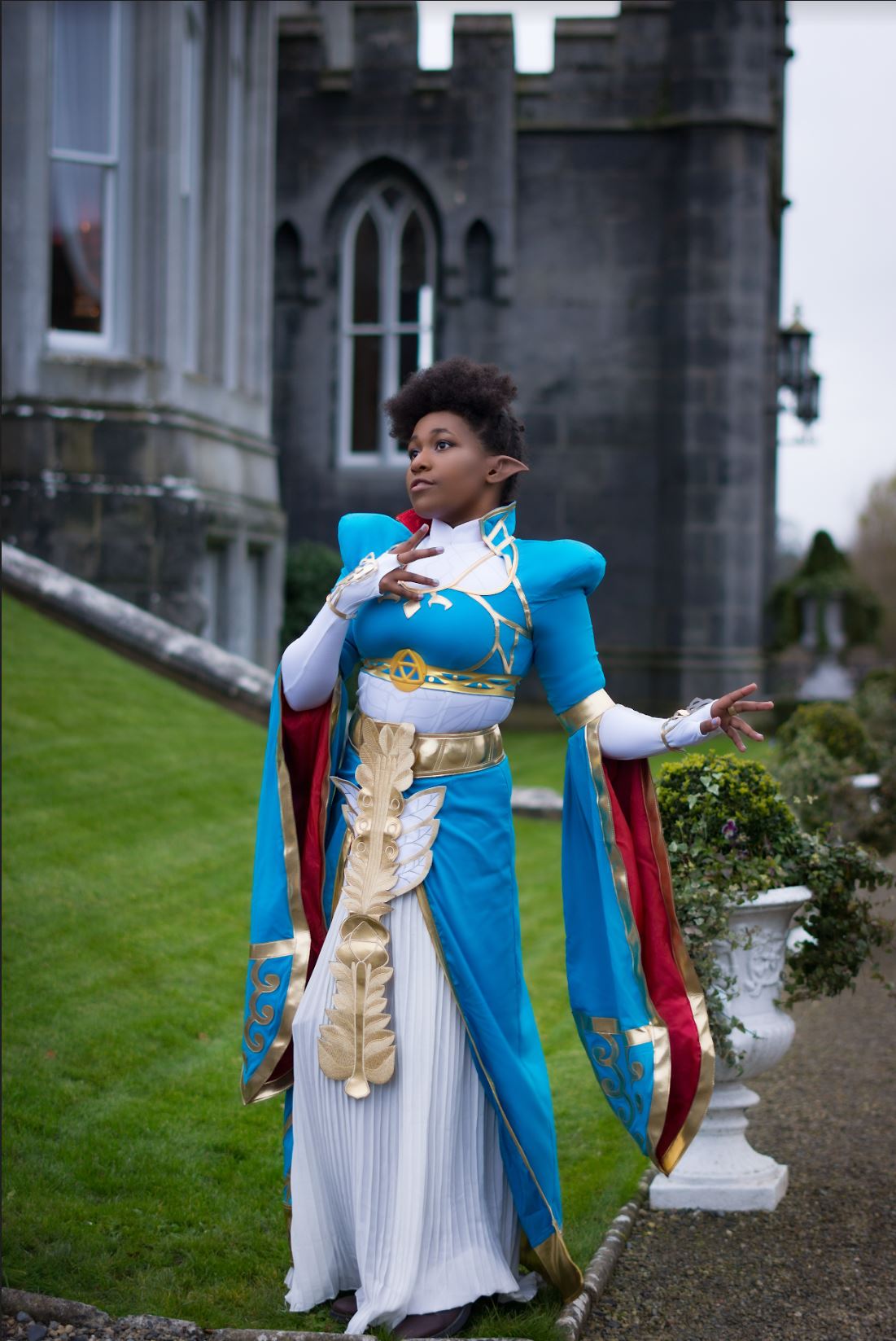 Akakioga Cosplay has been cosplaying since 2014, but has been in the convention scene since 2006. An anime, video game, and comics lover, her cosplays spread far and wide between all three genres, sharing that love in all the cosplays she creates. She specializes in craftsmanship! Focusing on sewing and eva foam/worbla armor crafting!

Akakioga is also a huge advocate for people of color in the cosplay world. By using her social media platforms to spread positive representation, she aspires to raise awareness and bring inclusivity into the cosplay community!

Would you or someone you know make an amazing cosplay-themed guest at Tekko? Let us know who you want to see and why!

Want to share your cosplans for Tekko with us? Feel free to use our official templates below! 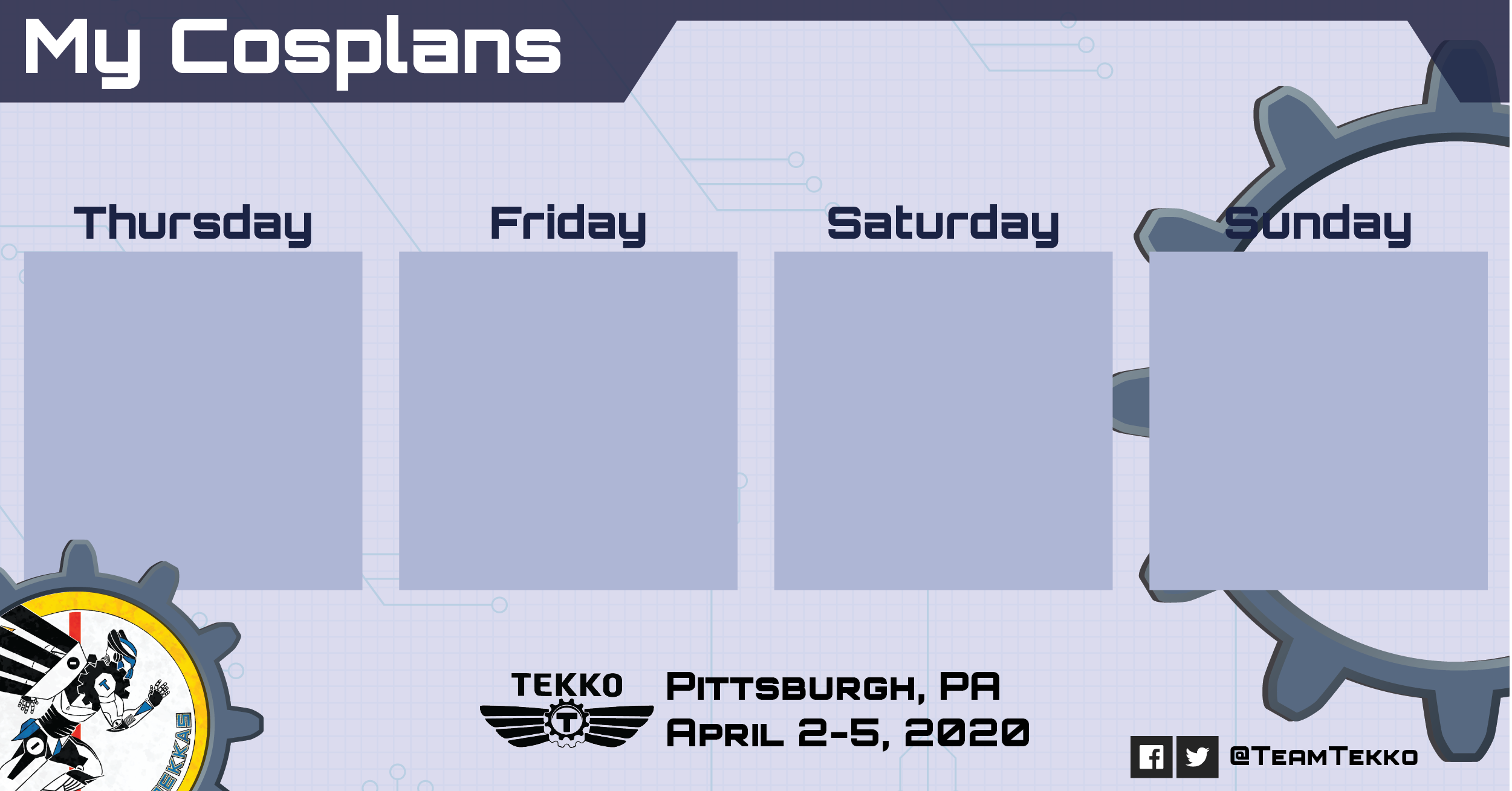 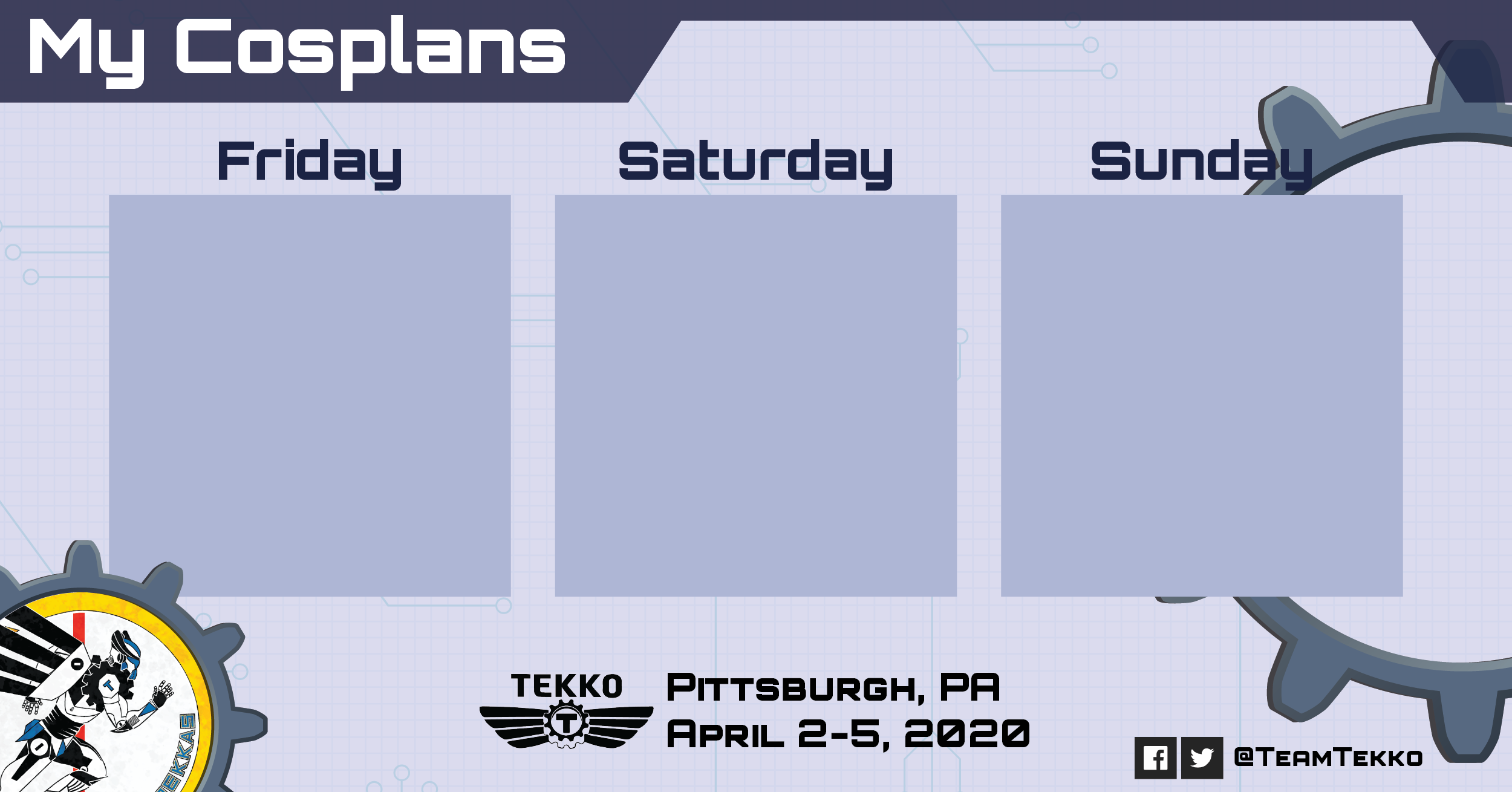 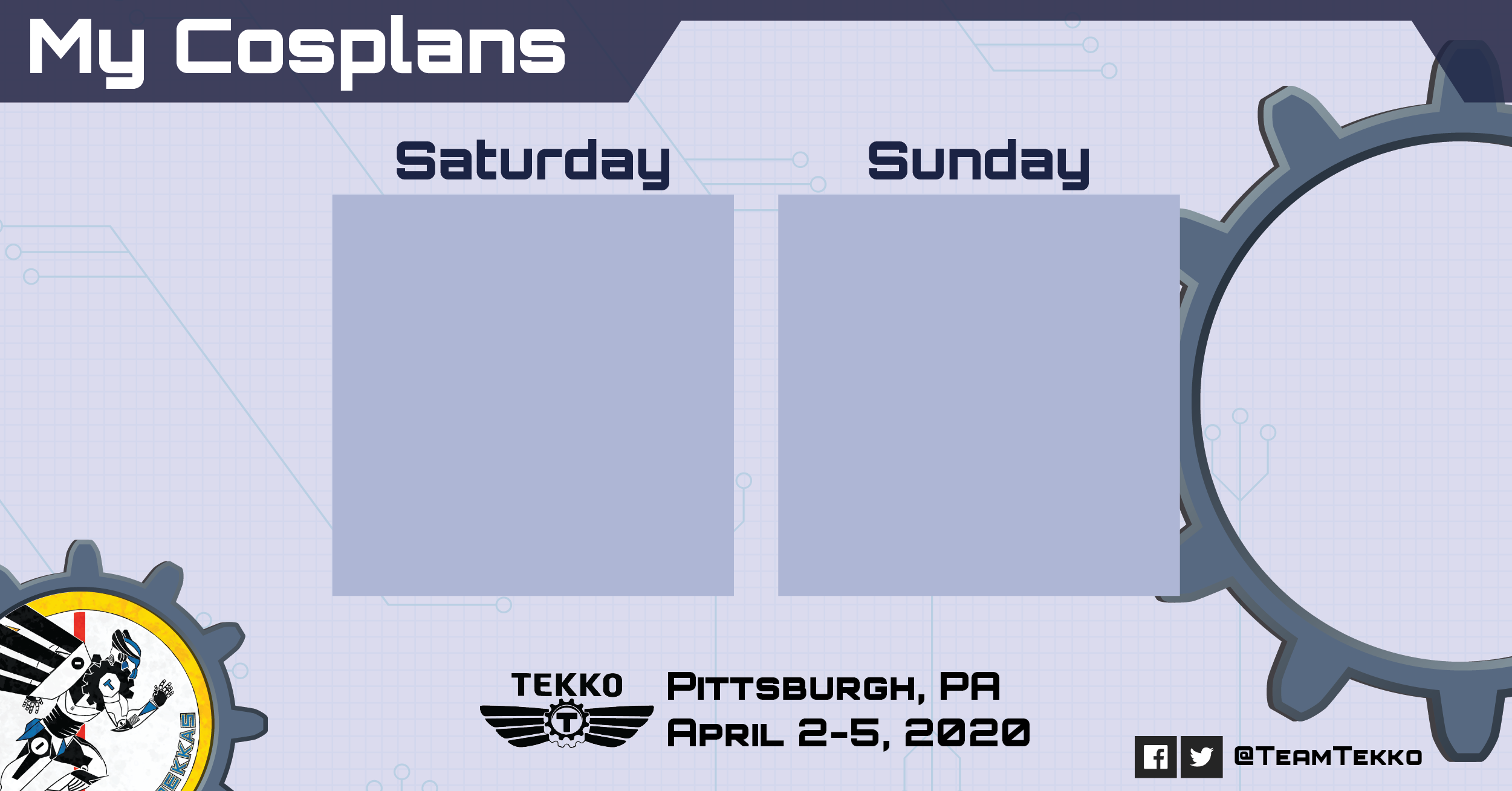 In the Craftsmanship Contest, cosplayers are judged on the construction and accuracy of their costume in a private, scheduled interview with a panel of experienced judges. Please review the all of the rules below before registering for this competition.

Thank you for attending Tekko 2020, come back later to see more updates for Tekko 2021!

Entrants may also participate in the Walk-On portion of the Masquerade, but it is not required.

This category is meant to encourage young participants to develop their crafting skills. As such, Junior entries must have made most of their own costume. Costumes made by adults for juniors cannot compete at the Junior level and must compete at the skill level of their creator.

Novices are new to costume making and competing.

Journeymen have some experience under their belts and have often competed before.

**Judges awards do not count towards the participant’s skill level.

Craftsmanship Contest skill levels only take into account awards won on the merit of craftsmanship.

Participants may compete in a skill level higher than they are actually in, but may not compete lower level. We encourage entrants to challenge themselves! However, once the participant wins an award at a certain level, they can only compete at that level or higher from then on.

In a group, the skill level of that group is determined by the highest classed skill member of that group. For example, a group of Novices with one Journeyman must all compete as Journeymen.

In the Performance Contest, cosplayers will take to the Main Stage and perform in front of a live audience. Performers are not judged on craftsmanship, only overall presentation. You may compete with bought or commissioned costumes.

The Masquerade is open to Tekko attendees. Staff and guests are not permitted to compete.

Being a cosplay masquerade, cosplay is required. No cosplay = no going onstage.

Novice - No more than 1 major award received Novices are new to performing and competing.

Advanced - 2 or more major awards received. Advanced competitors have some experience under their belts and have often competed or performed on stage before.

Categories may be changed/combined depending on cosplayer turnout.

Major awards are awards that are considered “Best Of” , “Best In”,”First Place”, “Second Place” and so on. Honorable mentions, gag awards and Judges awards do not count towards your skill level.

You may compete in a skill level higher than you are actually in, but you may not compete lower than your skill level. We encourage you to challenge yourself! BE AWARE- Once you win at a certain level you can only compete at that level or higher from then on out.

In a group, the skill level of that group is determined by the highest classed skill member of that group. For example, a group of novices with one journeyman must all compete as journeymen.

The Walk-Ons are a non-judged exhibition of cosplayers during the Masquerade. You walk on the stage, pose a few times and that’s it! Perfect for just showing off or getting a taste of what it’s like to be in a Masquerade.

This portion is open to costumes from all genres as well as original designs. You do not have to have made your costume to participate.

You may not be a Walk-On and in a Performance entry.

Walk-Ons do not attend rehearsal.

Registration for walk-ons will be done at con. Please go to the Cosplay Repair Center to sign up! There are limited spots available and they will be distributed on a first-come, first-serve basis.

You are now entering Hangar Bay 16 aka Cosplay Repair! We are a highly skilled group of Cosplayers and enthusiasts here to help you fix your minor costume and prop mishaps.

This FREE service is available for all with badges to the convention!

You will recognize our staff by their aprons and CRC badges. We will also have a Cosplay Medic wandering the convention to help with on the spot needs.

We have dressing rooms and stations for Wigs, Glues and adhesives, Sewing, general repair and paint. Our staff is knowledgeable in all areas. We are a safe space where you can change outfits, fix items (yes, even your pants for you non-cosplayers!) and prepare for judging.